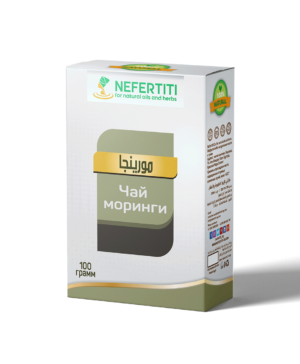 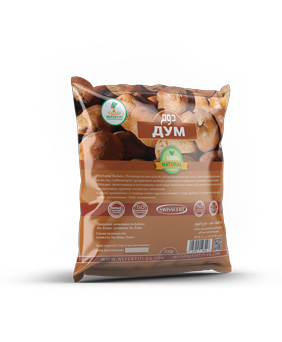 Anise tea, with its warm spicy liquorice taste, is an effective remedy for depression A powerful antioxidant, it helps to protect the body and boost immunity. Also aids digestion, balances blood sugar levels, helps in the treatment of respiratory infections, and reduces symptoms of PMS and menopause.

Known for its pungent liquorice taste and aroma, Anise (Pimpinella anisum) is native to Egypt where it has been cultivated for 4000 years. It held a significant status as a herbal remedy amongst the ancient Egyptians and Romans and is mentioned in Pharaonic manuscripts, including the Papyruses of Ebers and Herst for its use as a remedy for many ailments. Anise seeds were discovered by archaeologists in the ancient tombs of Thebes, confirming the Ancient Egyptians’ high regard for this multi-functional herb. It is also referred to in the Bible as a means of currency due to its great worth.

Anise Tea contains Vitamins A and C, plus essential B-complex vitamins including riboflavin, pyridoxine, niacin, and thiamin, in addition to minerals such as calcium, copper, potassium, iron, manganese, phosphorus, magnesium, and zinc. It has antioxidant, antifungal, antibacterial, antiviral, anti-inflammatory, anticonvulsant, diuretic, muscle relaxant and analgesic properties.  Furthermore, studies have shown that drinking anise tea several times a day is effective to treat the symptoms of mild to moderate depression, with its calming effect being as beneficial as some antidepressants. Overall Anise Seed Tea has a diverse range of health benefits.

Detoxify, Boost and Protect the Body

Antioxidants, together with the anti-inflammatory properties, can assist in ridding the body of harmful free radicals, helping to protect the body against oxidative stress, ageing and certain chronic diseases such as diabetes, heart disease, neurodegenerative disorders, cancer, ageing and a weakened immune system. Manganese and calcium, contained in anise seed, play a key role in enzyme activation, supporting neurotransmitter production, wound healing and metabolism, whilst iron is a vital mineral for healthy blood cells.  Anise Seed Tea is an immune booster, preparing the body to fight common infections, viruses and afflictions.  Research has indicated that an active ingredient within anise seed called anethole may regulate blood sugar and enhance the function of pancreas cells in producing insulin. Anticonvulsant and calming properties make this an effective drink to support the treatment of epilepsy and seizures.

Traditionally Anise Seed Tea has been used as a digestive aid. Anti-inflammatory and analgesic properties helps to calm the digestive tract in the case of diarrhoea or cramps, alleviating spasms and pain.  It inhibits harmful bacteria in the digestive system, reducing gas, bloating and inflammation, and keeping the gut happy. Studies have shown that it is effective at reducing the symptoms of IBS. Properties within the tea also increase gastric mucus, resulting in further protection to the lining of the stomach, therefore preventing its erosion from the digestive acids, lowering the risk of stomach ulcers developing, and giving existing ulcers the opportunity to heal. The tea also reduces the feelings of nausea, and is great as a cold drink to cure indigestion in children.

Can Kill Bacteria and Viruses

Anise Seed Tea is particularly rich with phenylpropanoids, a powerful antioxidant which has the ability to combat fungal growths and infections, even against the growth of a parasite which causes malaria, and blocking the bacteria responsible for cholera. Antiviral and antibacterial, this tea is a perfect beverage for those suffering from chest and sinus congestion and inflammation through cold, flu, bronchitis or asthma.  It works as an expectorant, thereby loosening mucus in the throat and respiratory system and allowing it to be dispelled, whilst also reducing pain. Muscle relaxant and anti-inflammatory properties will relax the trachea, protecting against a cough and irritated throat. Additionally it is an excellent remedy against yeasts and fungal infections including Candida. Fungal infections and wounds may be further helped by using a compress from anise seed tea on the affected area. Anise seed can also help protect against gum diseases such as gingivitis and periodontitis and will eliminate bad breath. An excellent choice of beverage after a meal to sweeten the breath after pungent food.

Anise seed is an excellent aid for reducing symptoms of the menopause. It is believed that it mimics the effects of estrogen, protecting against the natural decline of the hormones, and reducing and protecting against symptoms such as hot flashes, bone density loss, osteoporosis, dry skin and fatigue. Similarly it can also reduce PMS symptoms, and with its muscle relaxant and antispasmodic properties can relieve menstrual cramps and also act as a natural painkiller. For nursing mothers, Anise tea would be a very beneficial beverage to add to their daily diet as it is known to promote the production of breast milk and can even reduce colic in babies through the breast milk.

Preparation of anise tea
Add one teaspoon of anise seed to a cup of boiling water and infuse for 10 minutes.

Caution
Anise seed can potentially cause uterine contractions and so should only be taken in very small amounts during pregnancy.

There are no reviews yet.

Be the first to review “Anise Tea” Cancel reply