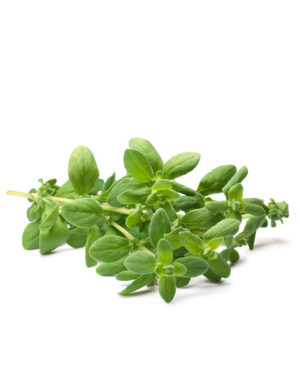 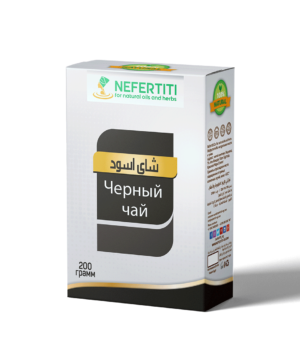 Artemisia is a warming tea that calms the nervous system. Helpful in the management of inflammatory diseases such as arthritis, Crohn’s disease and joint pain. Aids digestion and relieves stomach cramps, remedies liver and gallbladder problems, and treats internal parasites. Brings relief to hayfever, asthma, cold and flu symptoms.

The basis for our Artemisia Tea is the herb Artemisia absinthium, also known as Sweet Wormwood and Mugwort, which is native to parts of Europe, West Asia and Northern Africa. Sacred to many cultures across the globe, it is believed to have been named after Artemis, the Greek goddess of the hunt, protector of the wilderness, wild animals, the Moon and chastity – the incarnation of Mother Earth (known to the Romans as Diana).  However, it is now suggested that it could be named after Queen Artemisia of Caria (Halicarnassus), a prominent Turkish botanist from around 400 BC. Artemisia is believed to be one of the first plants cultivated by humans and has a long history in ritualistic practices, believed to ward off demons, as well as being used in love potions. It is reputed to have been used to counteract Hemlock poisoning and cure “biting of the sea dragon”.  The Ebers Papyrus shows that Ancient Egyptians utilised this herb as an antiseptic, tonic and stimulant, and a remedy for fever and menstrual pain. Priests of the Egyptian goddess Isis used it instead of olive branches, as described by Dioscorides, the first century herbalist.  In traditional herbal therapy, the plant has long been used for various gastrointestinal ailments, as a painkiller, and to dispel internal parasites. It has been previously called the ‘principal remedy for all ailments’. Artemisia absinthium is a major ingredient of the liquor absinthe, which originally gained popularity as a tonic and was eventually mass produced due to its demand as an alcoholic beverage, and it is also used to flavour other alcoholic beverages and wines, including vermouth.

Artemisia contains B complex vitamins and vitamin C, in addition to manganese, calcium, potassium, sodium, silicon, cobalt and tin plus, b carotene, bitter sesquiterpenoid lactones, flavonoids, other bitterness-imparting compounds, azulenes, phenolic acids, tannins and lignans, terpenoids (notably thujone), phenylpropanoids, aliphatic, polyphenol and flavonoid compounds.  It is these compounds which are responsible for the biological activity, imparting  anti-inflammatory, antiprotozoal, antibacterial, antifungal, anti-ulcer, hepatoprotective,  immunomodulatory, cytotoxic, analgesic, neuroprotective, procognitive, anti-depressant, neurotrophic, and cell membrane stabilizing and antioxidant activities, as confirmed by pharmacological studies, looking to confirm traditional applications. It is also known to have antiviral, diaphoretic, expectorant, decongestant, insect repellent/insecticide, muscle relaxant and stimulant properties. The main active ingredient in Artemisia is a Thujone, which has many health benefits including blocking a neurotransmitter called gamma aminobutyric acid which has a calming effect on the central nervous system. So take a cup of warming Artemisia tea to promote calmness and reap the benefits of this special herb.

Inflammation is a common reaction to oxidative stress which can lead to chronic diseases such as  diabetes, cancer, Alzheimer’s disease and a weakened immune system. Debilitating pain can also severely disrupt everyday life, interfering with sleep, work, play and just enjoying life in general. Artemisia has anti-inflammatory and pain-relieving properties, and clinical trials have confirmed the potential of using Artemisia for these benefits. It contains a compound called Artemisinin, a bioactive compound exclusive to some of the artemisia herbs  which inhibits the immune systems from producing proteins, called cytokines, which promote inflammation. Whilst inflammation is part of the natural healing system, low level inflammation is key to all chronic diseases including rheumatoid arthritis, heart disease and dementia.  Artemisia also contains further compounds, azulenes, with powerful, proven anti-inflammatory activity.  Therefore people suffering from rheumatoid arthritis, osteoarthritis, gout or any joint pain or inflammation may find it advantageous to add Artemisia Tea to their diet.  Researchers found that arthritis sufferers reported significant reductions in pain, and that it may be more effective and safer than traditional pharmaceutical alternatives. There have been many studies on the effect of Artemisia on Crohn’s disease and the results have been stunning.  In all studies it has been found that symptoms were reduced and just 10% in one study (zero in others) presented with new symptoms, although overall symptoms were still reduced.  Regardless they were all able to either reduce or totally eliminate the use of steroids. Some were even reported to be “near remission” of this debilitating disease. It was also shown to improve the mood and have a positive effect on the quality of life which is lacking in other treatments for Crohn’s.

Detoxify, Boost and Protect the Body

Artemesia contains an extremely powerful compound called chamazulene which acts as an antioxidant to help free the body of harmful free radicals and combat oxidative stress to protect against protein, DNA and lipid damage, and certain chronic diseases such as diabetes, cancer, Alzheimer’s disease, and a weakened immune system. Meanwhile the vitamins and nutrients within the tea will boost the body’s natural immune system, preparing the body to fight common infections, viruses and afflictions.  Early research has shown that this may be a great aid for those suffering from Berger’s disease (IgA nephropathy), a disease of the kidneys, since a reduction in blood pressure and levels of protein in the urine were demonstrated. Artemisia is also a good remedy for liver and gallbladder problems.  Animal tests showed that it reduced liver damage by reducing oxidation and inhibiting inflammation. Bitter agents within it also stimulate gallbladder function. Studies have also shown that bioactive compound Artemisinin may battle some cancer cells in a similar way to how it eliminates Plasmodium falciparum, the parasite responsible for malaria. Preliminary research has also shown that it reduces blood sugar levels in people suffering from type 2 diabetes.

Has Antimicrobial, Antiviral and Antifungal abilities

Studies have shown that Artemisia is effective against a range of bacterias including E-coli, salmonella and staphylococcus aureus. It also inhibited the growth of Naegleria fowleri which causes primary amebic meningoencephalitis (PAM), a brain infection which destroys the brain tissue.  Artemisia also shows similar capabilities with fungi and inhibits the growth of Candida albicans (thrush). Artemisinin, a bioactive compound exclusive to some of the artemisia herbs, is already the standard to treat the Plasmodium falciparum parasite that causes malaria. The tea is already a known assailant against SIBO (Small intestinal bacterial overgrowth), which can be a precursor to IBS, and a study concluded it to be as effective as the known pharmaceutical remedy rifaximin, but without the side effects often associated with rifaximin. Antiviral and antibacterial, this tea is also a perfect beverage for those suffering from chest and sinus congestion and inflammation through cold, flu, bronchitis or asthma. It is also believed to be effective against staphylococci bacteria, more commonly known as strep throat. Artemisia works as an expectorant and decongestant, thereby loosening mucus in the throat and respiratory system and allowing it to be dispelled, whilst also reducing pain. Muscle relaxant and anti-inflammatory properties will relax the trachea, protecting against a cough and irritated throat. It is also known to stimulate sweating, thus cooling the body which may be beneficial for a cold or virus. Antioxidants allow the white blood cells to travel through the body quicker to fight infection, whilst essential vitamins and nutrients boost the immune system. Meanwhile seasonal allergies will benefit from the anti-inflammatory properties and find relief for nasal problems and an itchy throat, thus relieving symptoms of hayfever. Asthma sufferers will benefit from the relaxant properties, bringing relief from congestion and bronchial restriction. For centuries Artemisia has been used to treat intestinal parasites, hence its other popular name of wormwood. Studies have shown that it induces paralysis and death in parasites, which is accredited to thujone contained in the herb.  One study went as far as to cite that it eliminated parasites as effectively as any of the leading anti-parasite medications.

Artemisia Tea is particularly effective as a digestion aid, and is highly recommended to be taken before a heavy meal to prevent gas and bloating. As a bitter herb it stimulates the taste buds and promotes salivation, stomach acid production and intestinal tract movement. It also stimulates the liver and gallbladder, encouraging the release of bile from the liver and storage within the gallbladder, making the digestive process more efficient. Indigestion (gas, bloating, heartburn) is often the result of low amounts of stomach acid. By stimulating the hydrochloric acid in the stomach, it optimises the bowel flora and simultaneously kills organisms such as Helicobacter Pylori which, if left untreated, can cause duodenal ulcers.The tea can also reduce spasms in the stomach, relieving cramps, and eliminating any bacteria causing a stomach upset. Since 70% of the immune system resides in the digestive tract, it is especially important for overall health to have this functioning correctly.  Correct digestion also ensures that optimum nutrition is derived from the food, again boosting overall health.

Preparation of Artemisia Tea
Add ½ – 1 teaspoon of artemisia to a cup of almost boiled water and leave to infuse for 5-15 minutes. May be added to other teas, such as mint or anise, for enhanced flavour.  Or try adding a slice of lemon. Add sugar or honey to sweeten as required.

Caution
Not recommended during pregnancy, for lactating mothers, or for those suffering from epilepsy or taking a blood thinner such as warfarin.