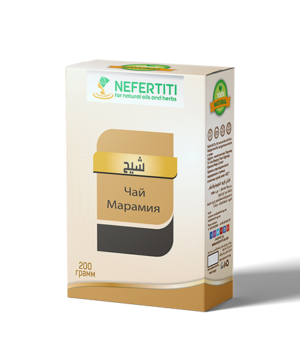 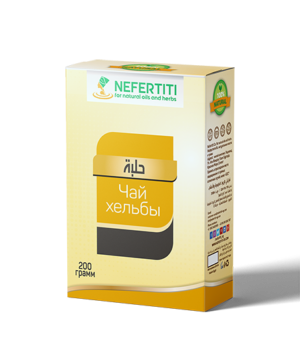 Black Tea comes from the shrub Camellia sinensis, the same as green tea but it has been oxidised, whereas green tea is processed to protect against oxidation.  Known as red tea in China, since they already had Pu-erh tea which they refer to as black tea, it is reputed to have been discovered in the mid 17th century. Green tea was already a beverage since its apparent first usage as a beverage in 2737 B.C. The romanticised story of the beginnings of Black Tea reputes that an army entered the Province of Fujian and camped at a nearby tea factory, thereby delaying the tea production, and leaving the tea leaves laying in the sun for an extended period, thus resulting in the leaves becoming a dark red colour due to the prolonged oxidation. A farmer attempting to save the tea decided to place the leaves over a pinewood fire to accelerate the drying process. The result was a smoky flavoured tea, the original Lapsang Souchong, which would eventually gain in popularity across China and the Western world. Due to the oxidation process the tea retains, and even improves, its flavour with age, which made it very sought after by the British and Dutch Traders who called it Black Tea. British Traders purchased all that they could until the Dutch Traders took over the entire market, and the British were forced to look elsewhere, resulting in the discovery of tea in India with its stronger flavour and higher level of caffeine, and thus the phenomenon of black tea began.

In Europe the tea was sold at extremely high prices and was an indication of wealth and social status.  As such this beverage was predominately used by the aristocracy, and was introduced to the British palace by Princess Catherine, where it has been a staple favourite ever since.  As prices of the tea became slightly more affordable, it was possible to have a tea at another time other than breakfast, and “afternoon tea” was introduced by Duchess Anna Telford. Incidentally the British traditionally put milk in their cup before adding the tea, and this dates back to the delicacy of the cups that the tea was originally served in, which would have shattered if the boiling water was poured in the cup first.  Today, after water,  black tea is the most consumed beverage in the world.

Black Tea contains vitamins  B2 (Riboflavin), C, and E, plus iron, zinc, copper, magnesium, calcium, manganese, potassium and essential polyphenols and tannins in addition to flavonoids. These are responsible for antioxidant, antimicrobial, anti-carcinogenic, anti-inflammatory, antibacterial, anti-atherosclerosis, anti-myocardial infarction and anti-diabetes and purifying properties, with a host of other benefits. Although it is touted to be less healthy than green tea, the oxidation process provides  further nutritional benefits lacking in green tea, which may help maintain blood pressure, protect the heart against atherosclerosis and reduce the risk of certain cancers. Unlike coffee, the caffeine in tea results in a long-term tonic, invigorating the mind and body. It should be noted that to reap the full benefits, black tea should be consumed without milk or sugar as these can contradict the benefits.

Black Tea is extremely high in chemical compounds called thearubigins which are formed during the oxidation process. Studies have suggested that they are extremely advantageous to the body by reducing cold and cough symptoms and providing anti-inflammatory effects to fight certain cancers. The antioxidants contained in black tea can fight against the free radicals caused by ultraviolet radiation as well as blocking DNA damage by oxidants caused by tobacco or toxic chemicals. Antioxidants, together with the anti-inflammatory properties, can assist in ridding the body of harmful free radicals, helping to protect the body against oxidative stress, ageing and certain chronic diseases such as diabetes, ageing, cancer and a weakened immune system. Black tea contains compounds which will boost the immune system and, with its known properties, prepare the body to fight common infections, viruses and afflictions. It was noted in one study that up to 30% of the dry weight of the tea is constituted by phenolic compounds which have the antioxidant effects. It is these compounds which change during the oxidising process and convert catechins (found in green tea) into thearubigins, theaflavins, and flavonols, giving the black tea different benefits to that of the green. Black tea has immense health benefits to the cardiovascular system. One review suggested that if consumed three of more times a day it could help in the prevention of coronary heart disease, with another study finding that black-tea drinkers reduced the risk of developing heart disease by 11%.  Black tea is believed to prevent the build up of plaque on the artery walls, therefore protecting against atherosclerosis. One study which took place over a 10 year period concluded that black tea drinkers who consumed four or more cups a day had a 32% decreased risk of stroke, while another concluded that those drinking three cups a day had a 21% decreased risk. The tea has demonstrated in studies its ability to manage cholesterol and triglyceride levels, thus reducing plaque build-up on artery walls and diminishing the risk of stroke or heart failure. A controlled study also showed that drinking three cups of black tea a day over a six month period resulted in a significant decrease in both systolic and diastolic blood pressure. It has been found that black tea drinkers had a reduced blood platelet activation level which reduces the risk of a heart attack since the platelet levels directly link to clots. It has further been cited that drinking black tea improves insulin levels and enhances its use in the body, and reduces blood sugar and diabetic cataracts. Furthermore, it has been shown that when intercepted by the antioxidants in the tea, the polysaccharides that are usually responsible for inhibiting glucose absorption, then revert to antihypertensive and immune boosting properties instead. Studies have additionally shown that the tea can help to decrease the risk of a tumour, regulate cancer cell growth and reduce the development of new cells. Researchers have also found that daily tea drinkers have a reduced risk of developing Alzheimer’s Disease, with one report based on a 12 year study even finding that the risk was reduced by 71%. By studying the habits of those already suffering with Parkinson’s disease, it was noted that black tea appears to protect against this too. In addition, it has also been found to improve bone density and reduce the risk of rheumatoid arthritis.

Tannins found in tea can have a very positive effect on digestion and since 70% of the immune system resides in the digestive tract, it is especially important for overall health to have this functioning correctly. They can help to soothe inflammation in the digestive tract as well as aid in digestion. Black Tea is a prebiotic and its antimicrobial properties can help to balance the bacteria in the gut, inhibiting bad bacteria, including salmonella, and promoting good bacteria. Some studies promote the idea that the mix of bacteria in the stomach plays a role in the development of some chronic diseases including type-2 diabetes, IBS, obesity, cardiovascular disease and cancer. It is also suggested that the tea may help to prevent ulcers by protecting the stomach lining from acids and pathogens. Furthermore, black tea is an excellent aid to combat the effects of dehydration from diarrhoea since it contains nutrients to help replenish the body.

Black tea contains two compounds which can improve accuracy, alertness and focus – caffeine and L-theanine. Caffeine promotes blood flow to the brain, improving mental focus but in a more stable way than the higher amounts found in coffee and targets the heart, kidneys and respiratory system, rather than overstimulating the heart and muscles. L-theanine increases the alpha activity in the brain, improving concentration and relaxation. Together these two compounds allow improved focus in a more relaxed way. Studies have shown that the black tea significantly increased alertness and accuracy. Four cups of tea a day has also been shown to improve memory by reducing the stress hormone cortisol. Reduction in cortisol levels further reduces stress, and black tea has been proven to reduce stress headaches faster than painkillers.

Research has shown that the microbial properties of black tea reduces plaque formulation and prevents the bacteria which are responsible for tooth decay and cavities.  One study showed that plaque building bacteria was destroyed after using a mouthwash of black tea for just 30 seconds.

Preparation of Black Tea
Dosage: Add 1 teaspoon of black tea to a cup of boiled water and leave to infuse for at least 2 minutes. Steeping of the tea will increase the potency. Sweeten with sugar or honey to your preference. Add milk or a slice of lemon if required.