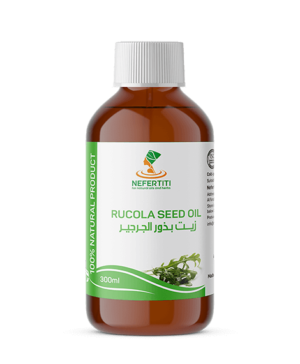 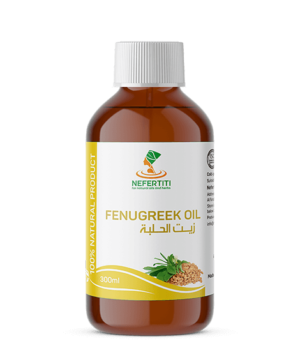 Hurry Up!
Hurry Up! 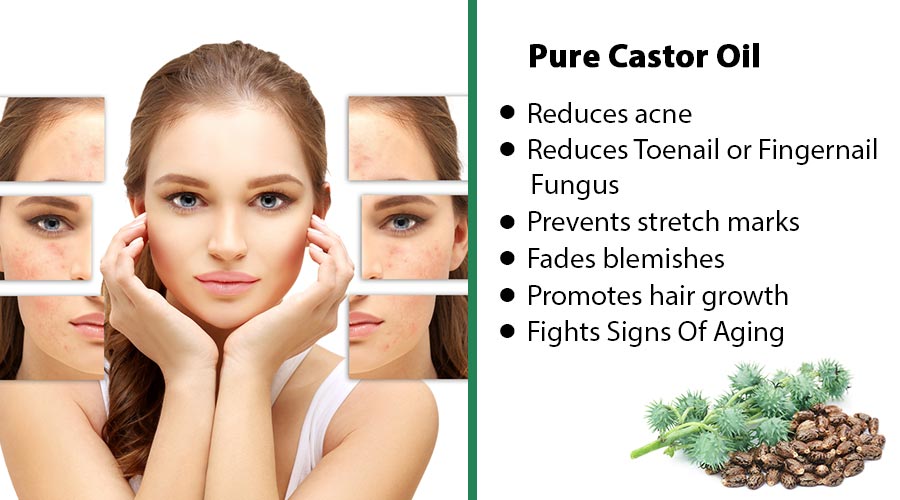 Castor oil is used as a laxative to purge the intestines – with a recommended dose of 1-2 tbsp., and the effect occurring after 2-6 hours – and is quite widely used for pre-cleansing before surgery or a bowel examination. Castor oil helps with congestive constipation, although it is not recommended for chronic constipation, and with enterocolitis and inflammation of the colon.

Castor Oil for the Intestines and Bowel Cleansing

Castor oil is effective as a laxative, and has a direct action on the small intestine. It is also sometimes used before internal surgery, as it quickly and effectively cleanses the intestines.

Castor oil has many healing and stimulating properties that define it as an excellent choice for maintaining beautiful and healthy hair. It also nourishes eyebrows and eyelashes and stimulates their growth. Hair masks with castor oil make the hair soft and shiny, restore the hair structure, stimulate hair growth, and help to prevent hair loss and premature grey hair. 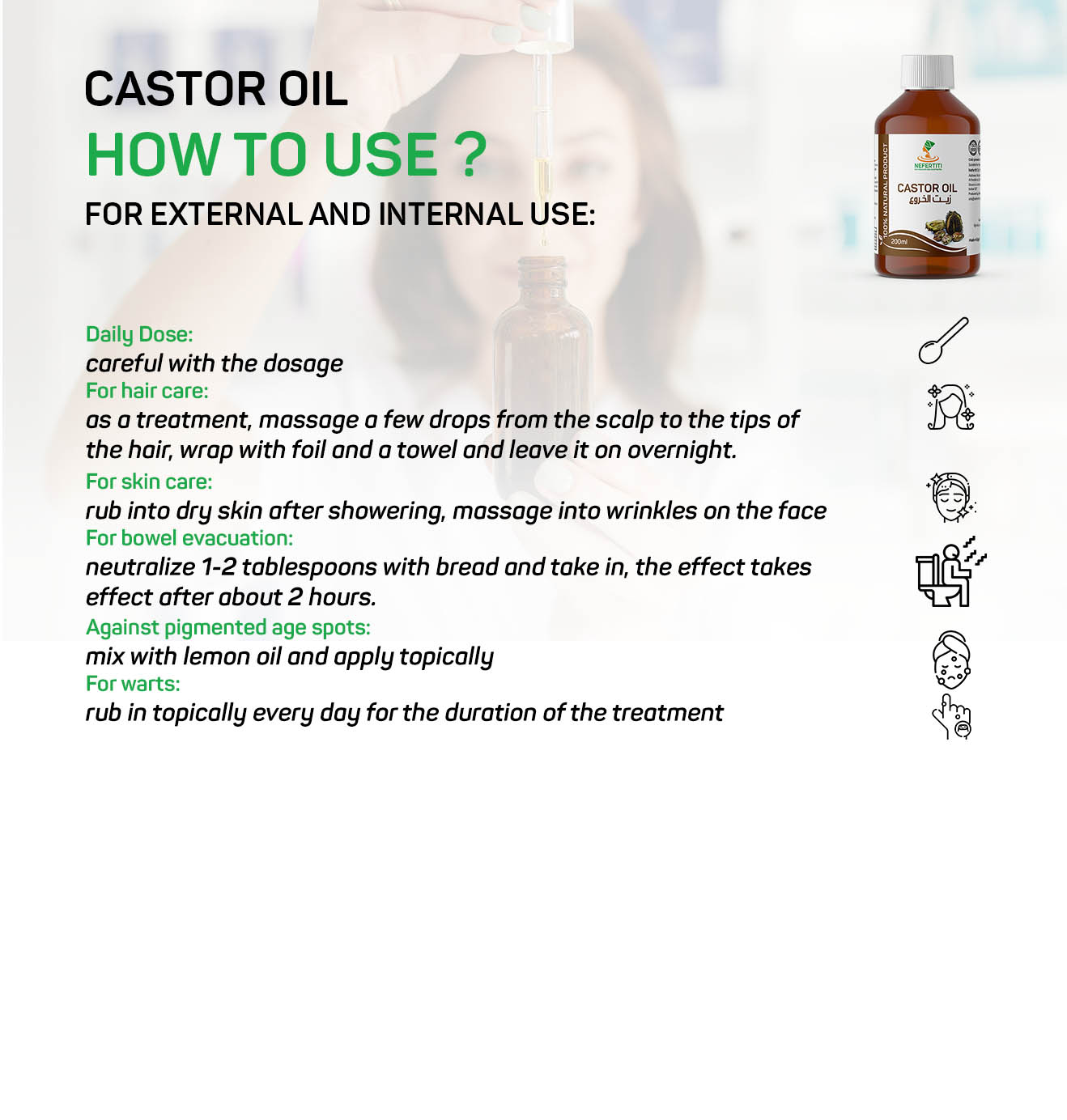 There are no reviews yet.

Be the first to review “Castor Seed Oil” Cancel reply