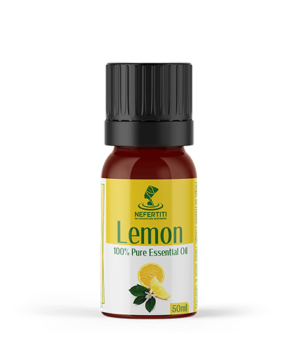 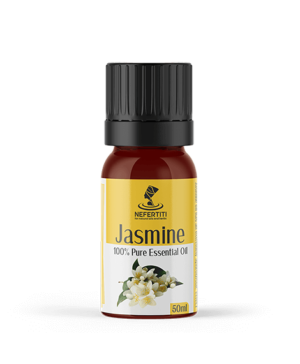 “Plant’s physician” is the appropriate nickname for the perennial herb that we mainly know by the name Chamomile. As the chamomile plant grows close to the ground, its widely known curing and soothing abilities even stretch to having positive effects on other plants growing nearby.

Chamaemelum nobile, the genus name for the magnificent chamomile, comes from the Greek word “chamaimēlon” which means “ground apple” – the link to apple made for its apple-like scent. The Roman name “chamomile nobile” was earned for its widely recognized therapeutic properties.

The foliage of chamomile is sweet apple-scented, its feathery leaves and white blasted delicate flower petals surrounding a small yellow solid centre, revealing its obvious relationship with the daisy family. Chamomile has firmly established its trusted name, as it has been known for centuries. Both chamomile leaves and flowers have been used since time immemorial for their healing and soothing properties.

Chamomile is native to Western Europe , India, and Western Asia, usually found thriving in open, sunny locations. Chamomile is a traditional therapeutic herb, well known for its healing abilities among Ancient Egyptians, Romans and Greeks. In those days the Egyptians dedicated the herb to Ra, their Sun God, as they believed it was a gift from this god. Chamomile was popular with the soldiers in Ancient Rome, it helped them to relax and promoted courage. During the time of Hippocrates, chamomile was a highly revered remedy and was admired as one of nine sacred herbs by the Saxons.

Chamomile oil is extracted from the chamomile blossoms by steam distillation, yielding a deep-green coloured, soothing oil with chamomile’s distinctive aromatic scent. The fact that chamomile oil contains the antioxidant chamazulene makes it one-of-a-kind, standing out among all other oils. This substance is formed during distillation and has potent anti-inflammatory effects, especially when applied directly onto the skin.

Chamomile oil has numerous healing and soothing abilities due to its other main constituents, such as:

Bisabolol –  known for its slightly sweet and floral aroma, it boasts potential anti-inflammatory, antimicrobial, and analgesic properties.
Bisabolene – a so-called sesquiterpene. It has a warm, sweet-spicy-balsamic odour, typical for “oriental” fragrance types. It is supportive to the immune system, acting as an antioxidant, protecting from harmful microbes and promoting healthy cells. It’s also one of the compounds known for its calming properties.
β-farnesene – another sesquiterpene, having anti-inflammatory, antispasmodic, antibacterial, antifungal, calming and sedative properties.
Cineole – a colourless, oily, slightly water-soluble substance, also known for its anti-inflammatory abilities, having positive effects on the respiratory tract.
α-terpineol – has the pleasurable scent of lilac and lime blossoms. It possesses some key therapeutic properties, such as assisting in managing pain and inflammation, reducing frequency and intensity of seizures, acts as a gastro-protective, and kills bacteria.
Flavonoids – provide support, in simple terms, for efficient functioning of the body while protecting it against everyday toxins and stressors. These are powerful antioxidant agents as well.
Coumarins – an organic compound with the characteristic scent of freshly mown hay. It’s been found to reduce inflammation, prevent the formation of subcutaneous lymph fluid and increase the amount of antithrombin, a protein involved in blood clotting.

Chamomile oil can be the perfect support to overcome many ailments and – probably just as important – to help you relax! The delightful sweet aroma of chamomile oil can be used in many ways to treat minor ailments. For centuries it has been used as an effective cure in many disorders from digestive issues to wound healing, and even as a natural relief of allergies.

Chamomile oil is a great aid in soothing aches and pains, it can improve your mood and help to fight depression and anxiety. Chamomile’s calming properties can also promote relaxation and sleep.

Chamomile Oil for the Skin

Chamomile oil is a soft oil and therefore also ideally suited for children and older people, as well as for very sensitive skin. Diluted with a carrier oil it can be used topically on the skin. It is recommended to apply some diluted oil to a small area of the skin as a test, to make sure there are no allergic reactions or irritations.

Possible uses of chamomile for the skin include:
– for a soothing pampering massage;
– as a relaxing additive to bathe water;
– a nurturing addition to your skin care product;
– as a warm or cold compress to soothe stomach and abdominal pain;
– effective relief and even healing of wounds and skin disorders;
– a moisturising treatment for hair, added to a carrier oil. It can also have a brightening effect on blonde hair;
– mixed with a carrier oil as an insect repellent or give relief to insect bites;
– a few drops added to toothpaste or mouthwash for a fresh and healthy oral cavity.

Using these methods, chamomile oil has been shown to be particularly effective. Chamomile oil has anti-inflammatory and antibacterial properties that have positive effects on damaged or painful skin, ulcers, bruises and burns. It is an excellent remedy to support healing of skin conditions such as eczema, cellulite, skin irritations and rashes. In addition, it is an effective pain reliever for conditions such as migraines, neuralgia, gout, arthritis, sciatica, rheumatic pain and muscle spasms.

Chamomile oil is widely known and used for its therapeutic and calming effects. It is successfully used in the treatment of anxiety disorders or depression, it is invigorating, has mood lifting properties, promotes healthy sleep, and can help with insomnia or nightmares. Aromatherapy with chamomile oil can work wonders when it comes to relaxing and calming – apply one of the possible applications to give both your body and mind that well-deserved rest, to sleep like a baby and start your next day revived and refreshed.

Inhale by steaming. Steam inhalation can easily be achieved by placing your head over a bowl of steaming boiled water mixed with chamomile oil. Covering your head with a towel keeps the steam concentrated. Steaming can also be done while showering or bathing.
In addition to the calming properties of chamomile, a steam bath with chamomile oil can be even more effective due to its antipyretic properties and can help with various respiratory infections. Chamomile causes extra perspiration, expelling pathogenic bacteria and normalizing the body temperature. This makes it a useful remedy for colds and flu, but it also has a cleansing and soothing effect on the gastrointestinal tract – in fact on all organs that are lined with mucous membranes.

Vaporizer or (cold) compress. Using a vaporizer or cold compress can help with postnatal depression. Chamomile oil can also be helpful for children to promote rest and sleep. Crying in babies and young children can also be positively influenced by chamomile.

Other simple applications can be:
– a few drops of chamomile oil on a tissue or cloth on a warm radiator.
– sprinkle on a pillow, cloth, scarf, bedding or blanket. Unpleasant smells are replaced by pleasant ones, while you benefit from the soothing scent of chamomile.
– add to the water in a steam iron.

Let yourself be enchanted by chamomile oil and enter a world where calm and tranquillity reign.