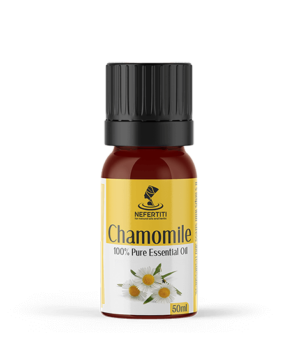 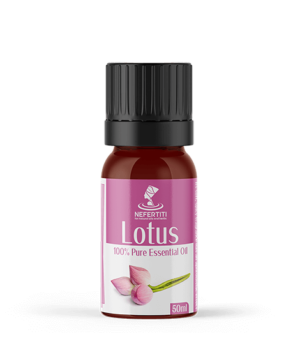 For the Chinese, jasmine symbolizes feminine kindness, grace and delicacy, as well as a means to attract wealth and romance. In Thailand, jasmine is the symbol of motherhood, while in India, Jasmine is used in Hindu religious ceremonies.

Jasmine, also known as summer jasmine, poet’s jasmine, white jasmine or true jasmine is the National flower of Pakistan where it is commonly known by the name Chameli. The word jasmine is derived from the Arabic word “yasmin,” which means fragrant flower. Jasmine is particularly valued by gardeners throughout the temperate world for the intense fragrance of its flowers.

Jasminum officinale, or simply jasmine, is a species of flowering plant in the olive family Oleaceae. It is native to northern Iran, Afghanistan, Pakistan, the Himalayas, Tajikistan, India, Nepal and western China. This species is widely cultivated in many countries. Jasminum officinale is a vigorous, winding, bright, deciduous climber with clusters of starry, pure white flowers that are the source of its intoxicating fragrance. The jasmine petals are usually arranged in whorls of three, or are pinnate. The flowers are generally white with a tubular, split calyx with two stamens enclosed in the corolla tube and a two-celled ovary.

Jasmine is a well-known folk remedy to treat hepatitis in southern China. It has demonstrated antiviral activity in vitro. As a herbal agent, it is used in dermatology for its antiseptic and anti-inflammatory benefits.

Jasmine absolute is known as the ‘King of Oils’. The heavy, sweet scent is commonly loved by most. The flowers give off their enticing fragrance at dusk, therefore flowers are picked at night and a small amount of oil is extracted from them. Although the result is a very expensive oil, this concentrated product can be used in very small quantities. The scent of jasmine is described as calming and soothing without being sleep-inducing. Jasmine is used in aromatherapy for its relaxing properties.

For many centuries, jasmine has been popular for its sweet, romantic scent and is used in some of the world’s best-known perfumes. It is also used to produce tea and is a common ingredient in alcoholic beverages, sweets and desserts.

Jasmine oil contains components with antiseptic and anti-inflammatory properties that provide a number of health benefits. Although it is a popular home remedy, used to treat a variety of ailments, ranging from depression to infections, it has historically been best known as an aphrodisiac.

Antispasmodic
Jasmine is used as a home remedy to treat spasms and cramps in various parts of the body, such as stomach spasms and spasmodic coughs. Effectively relieving contractions by using diluted jasmine oil topically for massage has been established in a study, however, further scientific evidence is very limited on jasmine oil’s ability to reduce spasms. Either way, using jasmine oil to massage muscles certainly won’t hurt and any relief it offers from spasms is a bonus.

Antiseptic
Jasmine oil has been shown to have antibacterial properties. Its antiseptic effects have been extensively studied and have been shown to actually fight a variety of bacteria. In one study, it was found that natural jasmine oil showed antibacterial activity against a certain strain of e.coli. Another study identified antimicrobial activity against various oral microorganisms, including e.coli, l.casei and streptococcus mutans. It also acted as an antimicrobial against all types of candida, the bacteria that causes thrush. Jasmine oil can be very effective in treating and preventing infections when applied to the skin in diluted form or used as a rinse for oral infections such as thrush.

Cicatrizing
The antiseptic properties of jasmine are beneficial in treating skin infections. Jasmine oil may have a cicatrizing effect and promote wound healing through the formation of scar tissue. According to research jasmine oil also has anti-inflammatory properties which makes it a useful agent in general skin care and the treatment of psoriasis. A recent animal study found that jasmine extract was able to speed up healing of chronic wounds, such as diabetic ulcers. It significantly enhanced wound contraction and increased formation of granulation tissue and new blood vessels. Applying diluted jasmine oil to minor wounds, such as small scratches and cuts, may promote faster healing.

Aphrodisiac
For eons the romantic fragrance of Jasmine has been believed to have aphrodisiac effects. It’s been worn as a perfume and, in parts of India, jasmine flowers are often included as decor at weddings and in the newly-weds’ bedroom to set the mood for romance.

Despite the fact that there is little scientific evidence to support its effects as an aphrodisiac, we know that inhaling jasmine fragrance by using it in aromatherapy or massage improves mood, increases romantic and positive feelings, and boosts energy levels. According to a small-scale study looking at the relationship between aromatic scents and sexual response, jasmine has a stimulating effect on brain waves, which may increase alertness to sexual signals and increase blood flow to the genitals. Body heat enhances the pleasant aroma of jasmine, applying jasmine oil to the neck can therefore make a welcome contribution to spice up the bedroom affairs. A few drops of jasmine oil on bedding, in a warm bath, or diffused in the bedroom may have the same effect.

Jasmine oil is a popular home remedy that is believed to have a number of health benefits. Jasmine oil is a favourite to use in aromatherapy and has proven particularly effective for massage purposes. A study published the effects of inhaling jasmine oil on the central nervous system and mood. When inhaled, jasmine oil affected brain activity and mood, participants reported feeling more positive and energized, with an increase of romantic feelings. Reap the mental benefits of jasmine oil aromatherapy by using it as a massage oil or in a diffuser, or by inhaling it straight from the bottle. Jasmine oil has a calming, antidepressant and antianxiety effect, it gives a feeling of self-confidence and euphoria, and is therefore an excellent remedy against apathy, indifference and listlessness.

Antidepressant
There is evidence that aromatherapy can effectively reduce depressive symptoms. Research found that jasmine essential oil, when compared to a placebo, increased behavioural arousal. This included significant increases in blood oxygen saturation, breathing rate, and blood pressure. The participants using jasmine oil also reported feeling more alert. It was concluded that the stimulating and activating effect of jasmine oil could be useful for relieving depression and improving mood.

Sedative
Besides from the confirmed evidence that jasmine oil can increase alertness and energy levels, there is evidence as well that shows a calming effect. An older study found that the aroma of jasmine tea at the lowest concentration had a sedative effect on mood states and nerve activity. In a more recent study people with generalized anxiety disorder were asked to inhale the aroma of jasmine oil for 5 minutes each day over 10 days. Jasmine essential oil appeared to significantly reduce the symptoms of an elevated state of mind and improve insomnia, palpitations, and irritability.

Reduces menopausal symptoms
There is nothing new about using essential oils to relieve symptoms of PMS and menopause, such as hot flashes and mood swings. Albeit with limited evidence, the aroma of jasmine has been shown to effectively improve mood and reduce depression. Once a week (for an eight-week period) massage or aromatherapy with jasmine oil greatly reduces the symptoms of menopause.

Galactagogues
Galactagogues are natural substances in herbs that can promote or improve lactation. For this purpose, the jasmine flower is a popular home remedy – nursing mothers in parts of India wear strings of jasmine flowers in their hair because of this association. Some experts believe that the effects on the brain of jasmine inhalation may be related to hormonal changes that result in increased lactation.