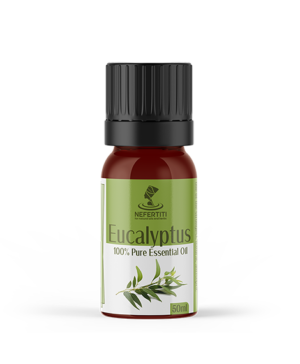 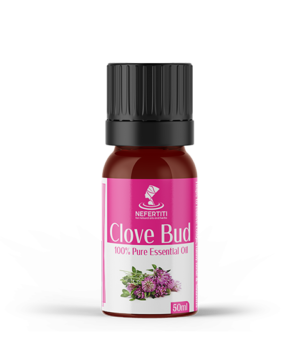 “Plain vanilla” – a phrase that is meant to describe the simplest, most ordinary version of something. Certainly complicit in this expression is the common ice cream flavour vanilla, which became widely and cheaply available through the development of artificial vanilla flavour. However, once knowing the whole truth about vanilla, you will recognize that there is nothing “plain” about the lovely vanilla orchid! Rather, words like “exotic”, “remarkable”, and even “seductive” will come to mind. What makes this spice truly one-of-a-kind?

While many orchids are edible, the vanilla orchid stands out for being the only variety, among some 25,000 orchid species, that produces an agriculturally useful product. Additionally, vanilla contains more than 200 flavour compounds, making it one of the most complex flavours in existence. And to top it all off, vanilla’s pale waxy flowers bloom just one morning each year.

Vanilla Planifolia is part of the vanilla orchid genus. It is native to Central America, northern South America, Mexico, and the Caribbean. The revered taste and aroma are due to the amount of vanillin contained in this primary natural source of vanilla. A striking detail is that the pronounced vanilla aroma only emerges during the drying process after harvesting.

The name vanilla is derived from the Spanish word vaina (meaning shell or pod) and its diminutive vainilla, which is simply translated as “little pod”. Pollination is required for the plant to bear fruit.
During the Spanish Conquest in the 16th century, the vanilla flower was brought to Europe, where it was grown in botanical gardens in France and England, but its glorious seeds never appeared.… since the natural pollinator of vanilla, as was discovered centuries later, only thrives in the tropical regions of Central America. In the meantime, an effective hand pollination method (in addition to natural pollination by bees) has been developed to increase the vanilla harvest.

With thin, pointed canes, farmers move quickly through twisting vanilla vines, lifting the delicate membrane of the flower that separates the male and female parts. For pollination, the segments are pressed together with the thumb and index finger. Upon successful union, the green base of the flower swells almost immediately. This swollen base matures into a green finger-shaped seed pod, turns yellow and eventually splits at the end. Waiting too long or damaging the plant during pollination means losing a precious flower that could have ripened into a valuable pod.

Although hand pollination of the vanilla orchid is a labour-intensive painstaking task, at first this proliferation helped whet the world’s appetite for vanilla. Vanilla spice quickly found its way into cakes and ice cream, perfumes and other care products, highly valued for its intoxicating flavour and aroma. Yet despite increased yields, the enormous amount of time and energy invested in cultivation and processing affected farmers’ ability to meet the market’s growing demand, since nowadays nearly all the commercially produced vanilla is hand-pollinated.

Vanilla beans start to ferment as soon as they are harvested. Immediately the vanilla pods are sorted and graded, blanched in hot water to prevent fermentation, then sweated in large containers for 36 to 48 hours. In this phase the colour of the vanilla pod changes from green to brown and the characteristic vanilla aroma and flavour reveal themselves. Alternating periods of drying in the sun and sweating at night follow, a journey of 5 to 15 days ending with a stage of slow drying. Depending on the grade, this can take up to 30 days.

The entire process – from cultivation and pollination to drying, ripening and preparation for export – takes about a whole year. Moreover, in order to obtain just one pound of processed vanilla requires about 5 to 7 pounds of green vanilla beans. Yet another reason why vanilla is (after saffron) the second most expensive spice in the world. To satisfy consumer’s insatiable appetite for this fragrant spice, nowadays an estimated 18,000 products are available that contain vanilla flavour, in most cases artificial. Less than 1% of added vanilla flavour comes from the vanilla flower, as prices for natural vanilla hover around $300 per pound.

Vanillin is the main constituent of the vanilla pods that ensures the development of the flavour we know as vanilla. Vanillin is a white, powdery crystal with a strong vanilla scent and poorly soluble in water. The more vanillin present in a vanilla pod, the better its taste and aroma. The quality of the vanilla is closely linked to the vanillin content: higher levels mean a better quality of the vanilla beans.
The extract from real, naturally produced vanillin (compared to the artificial version) has a thicker structure and darker colour, and is speckled with seed fragments.

Besides being found as an additive to many foods, drinks, cosmetics and various remedies, does vanilla also have properties that can affect our health? It sure does! It is said to exhibit multifunctional effects such as antioxidant, anti-mutagenic, antiangiogenic and analgesic effects. Vanillin has complementary curing applications including alleviation of fever, spasms, and gastrointestinal irritations.

Vanilla Aroma oil is a product with a high amount of vanillin – the higher the vanillin concentration, the more powerful the product. This oil consists of three main components that are extracted from the vanilla pods.
Oleoresin – a semi-solid resin extracted from the pods.
Absolute – a concentrated, thick substance that blends easily with body care products.
CO2 extract – a substance extracted from vanilla pods that dissolves readily in carrier oils and is the only substance of the three that can be dispersed by means of a diffuser.

Vanilla is not only a ‘feel good’ scent though, and it’s much more than just a delicious flavour ingredient in baked goods. Vanilla has a number of important benefits, such as reducing inflammation, it may prevent chronic diseases and protect the heart. Vanilla has the incredible ability to expedite healing, improve acne and promote hair growth, which actually makes vanilla an indispensable multitasking tool in your arsenal of natural health care products.

Vanilla Oil to Prevent Acne
Struggling with acne may often feel like a losing battle. The antibacterial nature of vanilla oil makes it a powerful ally in fighting pimples. It has the ability to eliminate the underlying infection and speed up skin recovery. Even the appearance of scars – that nasty remnant of acne – can be reduced by using vanilla oil, and it can brighten the complexion.

Vanilla Oil and Hair Care
Vanilla oil contains B vitamins, known to be important for healthy and shiny hair. For some it even helps to prevent hair loss! Vanilla oil is great for your hair. It can be used as an essential oil against split ends, as it strengthens the hair, and it stimulates the scalp’s blood supply, promoting hair growth.

Vanilla Oil to Soothe Anxiety
The emphatically strong aroma of vanilla oil is known to directly affect the brain and the nerves. It induces tranquillity and relieves stress, especially when used in aromatherapy.

While scepticism about aromatherapy still persists, it has been found that one of the best natural healing methods is simply through our sense of smell. The instant calming effect of vanilla scent on the brain makes it an excellent and most accessible remedy for anxiety and chronic stress.

Vanilla Oil Promotes Relaxation
Vanilla is widely regarded as a calming substance that creates positive associations and evokes feelings of warmth and happiness. No wonder vanilla is such a favourite addition to so many bath and body products. For nearly 30 years, a New York health care centre has used vanilla aromatherapy on its patients during MRI scans, based on the premise that the scent calms feelings of anxiety and claustrophobia.

Vanilla Oil for Improved Sleep Quality
Both on a physical and mental level, vanilla scent helps to relax, calming the mind and relieving tension. Use it in a diffuser in the bedroom shortly before going to sleep and allow it to lull you to sleep faster and for longer.

Vanilla Oil Promotes Respiratory Health
A few drops of vanilla oil applied to pillows or bedding can ease breathing during sleep, as it promotes relaxation and affects the respiratory centre in the brain. A scientific study conducted on premature babies found a significant improvement in sleep apnoea in babies who slept on pillows containing vanillin.

Vanilla Oil as an Aphrodisiac
The molecular structure of vanilla essential oil is similar to that of human pheromones. The essence of pheromone secretion is to naturally ensure sexual attraction between individuals. The vomeronasal organ in the back of the nose detects the pheromones, although they are almost odourless. This causes the part of the brain that regulates sexual urges to stimulate elevated levels of estrogen and testosterone, increasing sexual attraction.

Vanilla Oil to Relieve PMS Symptoms
Vanilla essential oil has been shown to stimulate estrogen production. As a result, it can help relieve the unpleasant side effects of PMS – such as bloating, fatigue and cramps – and improve the regulation of emotions.

Safe Use of Vanilla Oil

Vanilla aroma oil is considered safe for use in aromatic purposes and for topical use only when diluted with a carrier oil. Applying pure vanilla oil directly onto the skin is discouraged, and it is advised to perform a skin test before actual use. If irritation occurs, discontinue use. This oil is not suitable for consumption.