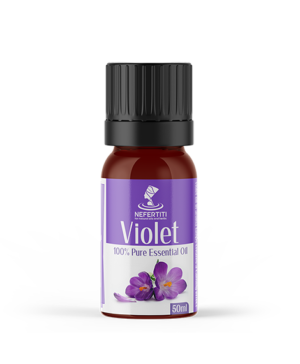 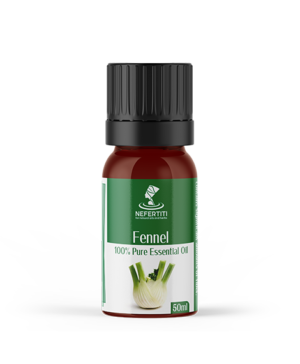 The distinctive warm spicy scent of cinnamon is associated by most with a cosy atmosphere and homely warmth, and is reminiscent of winter scenes and the holiday season. Nostalgic thoughts of freshly baked apple pie or fritters with cinnamon awaken. This in itself makes the calming effects of its fragrance obvious.

Due to the cosy winter feeling that it evokes, one would almost assume that cinnamon originates from northern regions. The evergreen cinnamon tree (from the genus Cinnamomum) grows in warm tropical regions though. It is native to Sri Lanka and some other Asian countries and Africa. Cinnamon is obtained from the inner bark of the tree. Removed pieces of the bark are dried on coconut mats, causing the pieces to change colour and roll up, forming the tube-shape cinnamon sticks we all know so well. The name for this spice in early English was ‘canel’ or ‘canella’, Latin words for ‘tube’, referring to the rolled bark after it’s dried. The current name “cinnamon” is derived from the Arabic and Hebrew words “amomon” or “qinnamon” which means “fragrant spice plant”.

The cinnamon tree is recognisable by its distinctive rust-brown coloured bark, its oval leaves with a shiny, leathery appearance and its small white flowers – all highly fragrant. The typical scent of cinnamon is warm, full, slightly fruity, peppery and vanilla-like. For centuries cinnamon has been used as a spice in food, and has since been known for its healing and soothing properties. Cinnamon was also used in embalming rituals, probably because of the preservative properties of this special spice. Cinnamon is considered one of the world’s oldest spices and was once thought to be more valuable than gold, often serving as gifts to royalty and gods. It also became known as one of the traditional Chinese and Ayurvedic (holistic) remedies.

Cinnamon is actually a multi-purpose remedy that can be used for a variety of ailments and discomforts. Cinnamon has long been known for its restorative effect on colds, diarrhoea, nausea, flatulence and menstrual pain. It even helps (yes indeed!) against cold feet, as cinnamon has the ability to warm your body!
A nice-to-know additional fact: the positive effects of cinnamon are significantly enhanced when consumed in combination with honey. But also vice versa: the powerful effect of honey is amplified by cinnamon. A classic example of 1+1=3.

Cinnamon essential oil is extracted by steam distillation from parts of the bark. This therapeutic oil is said to attract spirituality and has beneficial and healing effects. Cinnamon oil is touted as a natural remedy for many ailments ranging from coughs and colds to constipation. Cinnamon oil is a powerful support for the immune system, its antiviral and antibacterial effects make it an excellent remedy for flu and colds.

Throughout history, the cinnamon plant has been tied to protection and prosperity. Besides the soothing and calming impact it has on mental health, it also has a relaxing effect on hardened muscles. This oil strengthens and warms in cold (low temperatures), but also in inner coldness. Cinnamon oil has a warming effect on the skin and stimulates blood flow. As a massage oil, the analgesic and antispasmodic effects give this oil an extra dimension in the treatment of muscle pain or strains.
Just a few drops added to a carrier oil and applied to the skin, can effectively treat chills, cold hands and feet.

Cinnamon oil’s aroma is warm, bitter, spicy and indescribably sweet at the same time. It contains a number of impressive and influential compounds that are believed to promote good health. These compounds include cinnamaldehyde, cinnamyl acetate, eugenol and eugenol acetate as main constituents.

Cinnamon Oil for the Skin
According to a study published in 2017, cinnamon essential oil has the ability to significantly stop the creation of several protein biomarkers that are involved in skin inflammation and tissue remodelling. The anti-inflammatory properties of cinnamon oil can be a powerful natural remedy for skin problems related to inflammation, such as rashes and acne. Mix cinnamon oil with a carrier oil (e.g. coconut oil) and apply directly to the skin to take advantage of its antimicrobial capacity.

Cinnamon Oil for Lips
Cinnamon warming oil for the lips is a natural way to plump lips by stimulating circulation to this area. Mix just two drops of cinnamon oil with a tablespoon of coconut oil for the perfect home-made care product, achieving fuller lips as a result.

Cinnamon Oil for Hair care
Cinnamon oil can also be of benefit to the hair. This spicy essential oil is recommended to boost hair health and growth. A few drops mixed with almond oil as a carrier oil make a quick home-made scalp treatment.

Cinnamon Oil against Fungal Infections
Research has shown that cinnamon oil works against fungi such as candida albicans, the main cause of toenail fungus and other fungal infections. It may positively affect psoriasis as well. For a natural treatment, mix a few drops of cinnamon essential oil with olive or coconut oil and apply directly to the problematic area.

Cinnamon Oil and Arthritis
Since cinnamon oil promotes circulation and inhibits inflammation, it may also help appease pain and movement difficulties caused by arthritis or other bone conditions, simply by rubbing the affected body parts with this natural oil.

As mentioned, cinnamon essential oil is believed to stimulate circulation. It is also a potent agent in reducing stress and pain, it can fight infections, improve digestion, keep insects at bay and soothe insect bites.

The use of cinnamon oil in aromatherapy has not been extensively studied, but many enjoy the luscious scent of cinnamon and take advantage of its relaxing effects. Aromatherapy has been linked to many benefits, such as reduced depression and anxiety, and improved sleep. Whether you enjoy aromatherapy with cinnamon oil, simply for its pleasant scent that may allow you to drift into sweet memories, or for the therapeutic effects, it has many benefits:

Cinnamon oil is a popular choice for home aromatherapy application. Cinnamon essential oil can be diffused using an aroma lamp or diffuser. It can also be simply sprayed into the air so that it is inhaled or absorbed through the skin.

Cinnamon Oil as Aphrodisiac
Cinnamon is known as a natural aphrodisiac, since it promotes blood flow, especially in the abdominal area. By improving the blood supply to the male and female genitals, it may facilitate sexual arousal.

Cinnamon Oil for Massage
The ingredients in cinnamon oil help improve circulation, supply the brain with more oxygen and enable the body to improve the use of energy. Cinnamon oil mixes very well with a carrier oil to use for a wonderful soothing massage. Mix a few drops of cinnamon oil with a carrier oil, such as jojoba oil or argan oil, for a massage or to moisturise the skin.

Cinnamon Oil to Deodorise your home
Would you like to fill your home with that warm scent of freshly baked apple pie during the fall and cold winter months? Make your own natural deodorant and air freshener for your home with cinnamon essential oil as a home-made room spray. You may even want to combine it with other pleasant scents such as orange, lemon or clove oil. Another easy way to scent your environment is with a few drops of cinnamon oil on a tissue or cloth, or even on dried flowers.
While the cinnamon oil refreshes and even detoxifies the air, you will experience a grounding, relaxing feeling at the same time.

In all applications, it is highly recommended diluting cinnamon oil with a carrier oil such as jojoba, almond or argan oil. Apply a ratio of 1 to 5.