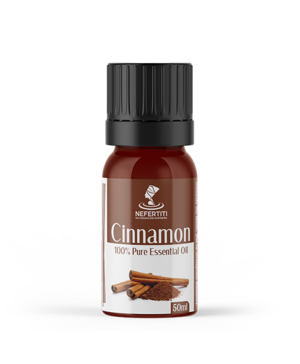 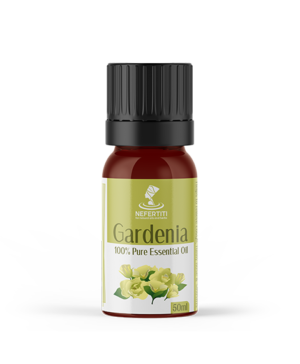 Foeniculum Vulgare, commonly known as fennel, can be labelled either a therapeutic herb or a flavourful culinary plant. Both the crunchy white bulb and the seeds of the fennel plant have a soft liquorice-like flavour. Yet the seeds’ nutritional value is more potent, providing a wide variety of health benefits due to their antioxidant, antibacterial and anti-inflammatory effects.

In Medieval times, fennel was extremely popular in the Chinese, Egyptian, and Roman cultures, where it was believed to symbolize longevity, courage and strength, and supposedly even had the power to ward off evil spirits. For the Celts, fennel was considered a sacred plant, and therefore it was used during purification ceremonies. In Ancient Greece, the herb was hugely popular with athletes competing in the Olympics. With fennel’s energizing properties they would gain strength, but not weight.

The green and white fennel plant is easily identified by their fine feathery leaves and large yellow flower umbels. This sweet-smelling herb originates from countries bordering the Mediterranean Sea. Part of the carrot or parsley family, fennel is also related to dill, cumin, anise and caraway. Both the fennel leaves, stems and bulbs are edible, their texture is crunchy and the taste is similar to aniseed or liquorice root. Fennel is rich in important nutrients, and the seeds in particular have a variety of health benefits. Renowned for its powerful aroma and distinct liquorice-like flavour, fennel is widely used as a culinary ingredient, to add flavour and spice to a variety of dishes. Yet more than just a fragrant star in the kitchen, fennel is gaining prominence as a powerful essential oil that can be easily incorporated into your daily routine with a host of benefits for your body, mind and health.

Fennel seeds are known for their medicinal properties, as they are rich in vitamins and minerals. Fennel essential oil is extracted from the seeds by steam distillation, creating a concentrated oil that preserves all the health benefits of the seeds, with a tempting anise-like scent.

Fennel essential oil consists of monoterpenes and other components known for their stimulating and uplifting aromatic properties. Fennel oil has a relaxing effect on the nervous system and is an excellent soothing agent in situations of stress and tension.

In traditional folk remedies the healing effects of fennel seeds were known and used to treat cramps. Fennel oil is easily absorbed by the skin, mucous membranes and into the bloodstream, affecting the nature of the circulatory system as a whole. This oil has been proven to be very beneficial for sore muscles and joints and for optimal circulation. Fennel oil has a warming effect on the skin, which promotes blood circulation of the skin, and at the same time has analgesic and anaesthetic effects.
Applying diluted fennel oil topically to the abdomen and lower back will even reduce menstrual pain.

Fennel Oil for Skin Care
As mentioned, fennel oil is easily absorbed into the skin, making it a wonderful addition to your daily skin care products. It helps to moisturize and firm the skin, it can reduce acne, rashes and bruises, provide relief from rheumatic complaints and can be used in the treatment of fungal infections on the head, hair and nails. Fennel oil can be rubbed in on the stomach or the bottom of your feet for digestive relief.

Diluted with a carrier oil or soothing lotion, it can reduce skin irritation after shaving or epilating. One drop of fennel essential oil on your toothbrush when brushing will help fight sweet tooth cravings and provide antimicrobial benefits for the gums.

Fennel Oil to Heal Wounds
Fennel essential oil has certain compounds which contribute to its antiseptic properties. By virtue of this property, fennel oil can protect wounds from becoming infected by harmful bacteria. It is also found to be effective in preventing incisions from becoming septic or getting infected with tetanus, particularly after surgeries, caesarian deliveries, and other more serious wounds.

The sweet, earthy, anise-like aroma of fennel oil is warm and comforting, stimulating, vitalizing and balancing. It has a stimulating effect on the blood circulation, glands, airways and can support digestion. It can also promote feelings of wellbeing during the menstrual cycle.

Fennel oil helps to relax the mind and body, and strengthens you emotionally. For relaxation, combine one drop of fennel essential oil with one to two drops of lavender oil and a carrier oil and blend together in the palms.

of your hands. Rub the mixture on the neck and chest area, or cup your hands over your mouth while taking slow, deep breaths.

Fennel Oil as a Stimulant
Acting as a stimulant, fennel oil has the ability of promoting all activities in the body. It has a stimulating effect on brain and neural activity, the nervous system, secretion of sebum, sweat, tears, urine and secretions during menstruation, the digestive system and the excretory system. Its stimulant effect also helps to overcome fatigue, dizziness and depression.

Fennel essential oil is a popular choice to be diffused by means of a vaporizer or aroma lamp. Due to its widely accepted ability to still and calm the mind in the face of turmoil, including home related stress, fennel oil will help to clear the atmosphere.

“The sweetness of Fennel assists in completing things that are unfinished or require further attention in your life… With fennel, the mind stays focused on a specific topic, and it provides access to the silent enclosure of continuity.”