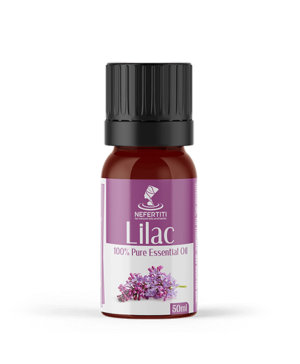 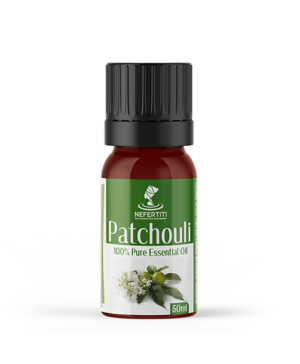 Hearing the word “lavender” might at first evoke the thought of a colour – though not to be confused for just another shade of purple – lavender is its own distinct family of colours. Lavender certainly possesses a unique heritage of symbolism and meaning. Both the herbal flower that bears its name, and the colour lavender are associated with youthful, untamed growth found in nature during springtime. In that sense, lavender represents the part of the psyche that, still untouched by weariness and troubles, retains the vigor and vitality of youth. This encompasses processes of imagination, creativity, and optimistic beginnings of new life stages.

Lavender herb has an eventful history. In Ancient Egypt, bandages for mummification were soaked in a tar-like substance containing lavender oil. Embalmed bodies were wrapped with them and then placed in the sun, so the wraps would dry and stiffen. Lavender was found in the tomb of Pharaoh Tutankhamun. The Greeks and Romans made lavender ointment that was said to be fever-resistant, it was also used as a bath herb, which is one explanation of the name “lavender” – the Latin word lavare means “to wash”. In the Middle Ages, lavender was a popular sprinkle herb that was believed to keep troubles like insects and the plague at bay. The demand for lavender oil increased in the 19th century for many uses in the perfume industry, earning lavender the nickname “the blue gold”. This may suggest another explanation for its name, being derived from the Latin word livere, which means “blueish”.

Lavandula (common name lavender) is a genus of 47 known species of flowering plants in the mint family, Lamiaceae. It is native to Europe, Asia and Africa. Many members of the genus are cultivated extensively in temperate climates as ornamental plants for garden and landscape use, for use as culinary herbs, and also commercially for the extraction of essential oils. The genus includes annual or short-lived herbaceous perennial plants, and shrub-like perennials. Leaf shape is diverse across the genus. In some  species they are simple, in others they are pinnately toothed, or (multiple) pinnate. Mostly the leaves are covered in fine hairs or indumentum, which usually contain the essential oils. Flowers are borne in whorls, held on (branched) spikes rising above the foliage. The lavender flowers may be blue, violet or lilac in wild species, occasionally blackish purple or even yellowish.

Lavender is widely cultivated for the production of its essential oil, which is extracted from the flower spikes by steam distillation. The oil has several cosmetic uses and is believed to have some beneficial health uses as well. The herb is highly regarded for skin and beauty products and is often used in fragrances and shampoos that help purify the skin.

Lavender oil is believed to have antiseptic and anti-inflammatory properties, which makes it a great agent to heal minor burns and skin afflictions such as scratches and bug bites. Research suggests that it may be useful for treating anxiety, insomnia, depression, and restlessness. Lavender is used to help relieve pain from headaches, sprains, toothaches, and sores. It can also be used to prevent hair loss.

Treats Skin Blemishes
Lavender oil is one of the essential oils that are excellent for dermatology use. In fact, applying lavender oil to affected areas of acne, eczema, or skin inflammation, may play an important role in treating blemishes and easing inflammation. In skin care, lavender is particularly suitable for sensitive, irritated skin (sunburn, after shaving, diaper rash) and promotes the healing process of skin damage and minor burns. Due to its analgesic and skin-healing properties, pure lavender oil is ideally suited for burns.  A truly royal oil. A small drop of pure natural lavender oil on a wound or insect bite can locally disinfect, reduce pain and allow the skin to heal beautifully.

Wound Healing
Antioxidant activities of lavender oil are disinfecting and may contribute to wound healing. The journal Evidence-Based Complementary and Alternative Medicine published a study comparing the effects of different treatments for wound healing, in which the effects of transcutaneous electrical nerve stimulation, saline, povidone iodine, and lavender oil (applied to laboratory rats) were compared. These findings from this test suggest that lavender has an accelerating effect on wound healing.

Fungicidal and Antibacterial
A study published in the Journal of Medical Microbiology found that lavender oil could be effective in combating antifungal-resistant infections. It was confirmed that the oil was lethal to a range of strains that can cause skin disease as the essential oils distilled from lavender seemed to  destroy the membranes of fungal cells. It was shown that lavender oil is very potent and demonstrates antifungal activity on a wide spectrum.

Natural Remedy for Pain
Lavender is antispasmodic for all forms of cramps and has a mild analgesic effect. Diluted with a carrier oil such as jojoba or almond oil, lavender can be used as a nourishing and relaxing massage oil for stiff and sore muscles and for the relief of osteoarthritis symptoms.

Promotes Hair Growth
Lavender is believed to be effective for the treatment of alopecia areata. This condition causes hair loss from some or all parts of the body. A study in 1998 showed that hair growth can be promoted by up to 44% with continued treatment with lavender oil. Although more research is needed, researchers suggest that lavender could potentially be used as a hair growth promoting agent.

The secret to aromatherapy lies in the fact that our scent receptors send messages to the brain that affect our mood. According to the National Cancer Institute, aromatherapy even helps to manage the side effects of cancer treatment. It is also said that aromatherapy can help with dementia.
Lavender oil is one of the most widely used essential oils in aromatherapy. The fragrance of this oil is believed to promote calm and well-being, and to help reduce stress, anxiety, and possibly even mild pain. One study found that applying lavender oil topically to the skin can reduce the severity of menstrual cramps. But there’s more!

Reduces Blood Pressure and Heart Rate
Chronic high blood pressure puts extra strain on the heart, increasing the risk of health complications such as stroke and heart attack. In a small study, it was shown that inhaling lavender essential oil after heart surgery reduced blood pressure and heart rate. This suggests that the oil has a positive effect on vital body functions. Although more research is needed, the results so far are promising.

May Relieve Asthma Symptoms
Lavender’s anti-inflammatory effects may also benefit bronchial asthma. Results of one study suggested the positive influence of lavender on respiratory health and its relieving effects on allergic inflammation and mucus hyperplasia.

Reduces Hot Flashes
At some point in their lives, most women become affected by hot flashes, one of the common symptoms of menopause and PMS. The sudden feeling of an overheated body can result in a flushed face and (excessive) perspiration. Although PMS is such a common condition, there is not a single treatment that is recognized as generally effective. As a result, many women opt for alternative solutions. The good news is that lavender aromatherapy can help reduce the hot flashes and relieve premenstrual emotional symptoms. This has been shown in a study published in September 2016 in the Journal of Chinese Medical Association. Inhaling evaporated lavender oil for 20 minutes twice a day, in a diffuser or during a bath, can provide this relieving effect.

Can Improve Sleep
Once upon a time, people stuffed their pillows with lavender flowers to help them fall asleep easily and get a better night’s rest.
Insomnia can be a nagging and often persistent problem that deprives the body of necessary rest, also affecting daily life. Quit drinking caffeinated beverages and getting more exercise are some of the most obvious solutions to help induce sleep. However, sometimes these or other remedies don’t work (anymore), and the desperate search continues for alternatives. A study, published in March 2017 in the British Association of Critical Nurses, found that the quality of sleep in ICU-patients improved with lavender essential oil. Just a few drops of lavender oil, sprinkled on your pillow before bed, can provide you with that desired soothing good night’s sleep. In aromatherapy as well, lavender is frequently used to treat headaches, nervousness and restlessness. Massage with lavender oil can function both as a calming agent and a sleep aid.

The pleasing fragrance of lavender oil is enjoyable for many who have used it to treat a variety of conditions. Its uses range from being a calming agent to managing sleeplessness, anxiety, and menstrual cramps. Lavender does have many potential benefits that you might want to try.