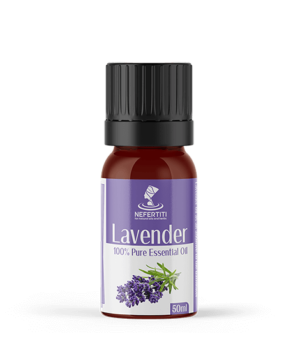 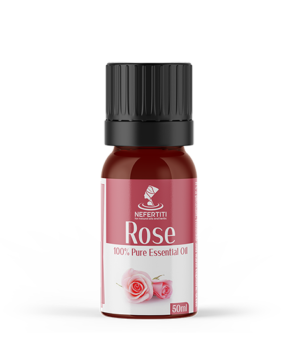 Patchouli is also called “the scent of the sixties” as it has a strong association with the Flower Power for many people. The hippies (also called “flower children”) embraced the symbolism of flowers, wearing flowers in their hair and vividly coloured clothing with embroidered flowers, handing out flowers as a symbol of passive resistance and non-violence. They lavishly sprinkled their clothes with the patchouli oil which they brought from their travels to India.
The scent of the sixties is musky, earthy, exotic.

Patchouli (Pogostemon cablin) is a perennial shaggy herb, an aromatic species of the family Lamiaceae, commonly referred to as the “mint” or “dead nettle” family. The patchouli plant has a sturdy, hairy stem, fragrant downy leaves and white flowers with a purplish haze. It is native to tropical regions of Asia.
For centuries, Patchouli’s fragrance has been associated with business success, career growth, stability and prosperity. It’s been said to attract happiness and wealth. Patchouli is the oldest known essential oil that has an aphrodisiac effect, but also to be able to establish hormonal balance and restore the endocrine system.

Patchouli oil is extracted from dried patchouli flowers by steam distillation. Its aroma is completely unique and very persistent – sensual and deep, with striking sharp and bitter notes. Patchouli has long been known for its balancing effect on emotions and as an excellent mood enhancer.

Traditionally, patchouli has been found to be a beneficial aid to wound healing and tissue repair, it has been used as a remedy to treat skin inflammations and scars, headaches, colic, muscle spasms, bacterial and viral infections, anxiety, and depression. Patchouli has become a popular aromatic ingredient in cosmetic and personal care products, including paper towels, laundry detergents, and air fresheners.

The yellow-brown patchouli oil is slightly viscous, it has an intoxicating sweet-spicy oriental scent. The oil has a long shelf life and its quality improves over time – an oil of 5 years old, for example, is very viscous and has a heavy sweet aroma. Patchouli oil should be used diluted, and even in that small amount, its intense fragrance lasts a long time.

Patchouli oil has a very beneficial effect on the skin and helps to reduce wrinkles or chapping. Patchouli essential oil has decongestant properties making it an effective synergy for heavy legs, varicose veins and haemorrhoids.

The pleasant scent of patchouli, as well as its stimulating or soothing properties, also makes it a popular oil in aromatherapy. Interestingly, patchouli in small amounts has a stimulating effect on the nervous system, however it has the opposite effect when used in larger amounts – in this case it has a calming effect.

Patchouli Oil for Skin
Patchouli purifies the skin, promotes a soft, radiant complexion and is beneficial for the skin in many ways. In fact, it is one of the best essential oils for treating eczema, dermatitis and acne. Patchouli oil is often used to counteract the signs of ageing and for the prevention of wrinkles, blemishes and minor skin imperfections.

The important properties of patchouli oil include antiseptic, astringent (good for scar tissue and poorly healing wounds) and digestive stimulant. Furthermore, this oil can be used for its diuretic effect and to suppress fever. Patchouli is suitable to be used as a deodorant, to treat dandruff and oily hair, as a natural mosquito repellent and to give relief from insect bites.

Patchouli has an anti-inflammatory, antibacterial and antifungal effect, which makes it especially suitable against skin fungi. For an itchy rash caused by athlete’s foot, patchouli oil can be a soothing remedy. This essential oil promotes cell renewal and wound healing. Patchouli can be used in treating skin conditions such as dermatitis, acne, and dry or cracked skin.

In inflammation, swelling of the affected area is the body’s natural protective response. The anti-inflammatory properties of patchouli oil provide a decongestant and pain-relieving effect.

Patchouli Oil as an Insecticide
Patchouli oil can also be used as an insecticide, as found in several studies assessing its effect on different types of insects. Patchouli has been shown to be effective in repelling insects and can be used against moths in the wardrobe. It can also provide relief from insect bites.

Either inhaling the aroma of patchouli essential oil, or absorbing patchouli oil through the skin, is said to transmit messages to the limbic region of the brain. This part of the brain is involved in controlling emotions and influences the nervous system. In aromatherapy essential oils are used as they may affect a number of biological factors, including heart rate, stress levels, blood pressure, breathing, and immune function.

Patchouli in aromatherapy can be a beneficial agent for stress, depression and anxiety, varicose veins, scars, cellulite and frigidity. This essential oil helps to ease symptoms of cold and flu, and provide relief from headaches or an upset stomach.

Patchouli Oil for the mind
The rich, musk-sweet scent of patchouli oil is grounding and balances emotions. Depending on the dosage, it has a calming or stimulating effect. For a daydreamer, patchouli has a grounding effect for increased focus and concentration, keeping the mind clear. Additionally, patchouli has a comforting effect on exhaustion and other stress-related complaints.

Patchouli Oil for Massage
Diluted with a preferred carrier oil, it can promote circulation in the legs. In general patchouli oil is a great addition to any romantic, stimulating or relaxing massage. When using almond or jojoba as a carrier oil, mixed with a few drops of both patchouli oil and sandalwood oil, it provides a wonderful combination for a warming, romantic massage. The additional aphrodisiac effect of patchouli can complement the romantic mood.