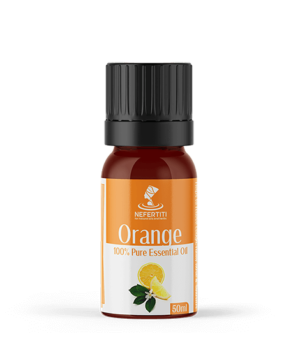 The Roman natural philosopher Pliny wrote of peppermint that it “stimulates the mind and appetite to a greedy craving for food”. But also that it stimulates the mind and soul by tying mint in a crown around the head. Pliny, Hippocrates, and Aristotle viewed mint as a reproductive discouragement, saying that it discouraged sexual intercourse. The Greeks, on the other hand, believed that peppermint encouraged sexual behaviour and therefore forbade its use by soldiers to maintain control.

Mint is one of the oldest naturopath plants in the world and holds an important place since ancient times, both culturally and in folk remedies. Peppermint was used by the Greeks for stomach and urinary tract problems. For a headache, the leaves were placed on the temples and face. In Ancient Rome and Egypt mint was known for its antispasmodic effect on the digestive system.

Peppermint was first mentioned as a herbal remedy, in the Icelandic Pharmacopoeias as early as 1240 AD, and gained in popularity over the next two centuries. Monks in the Middle Ages are known to have used peppermint as a tooth polisher. During  that same period, cheese makers learned that the strong smell of peppermint kept rats and mice out of a storeroom.

Meanwhile, the antispasmodic, cooling and analgesic properties of peppermint have been confirmed by research. Its smell and effects are largely determined by the presence of menthol, the main compound (40 to 50%) in peppermint. Besides, peppermint is one of the most popular flavours in the world. It is used in foods, toothpaste, chewing gum, cleaning products and drinks (including crème de menthe). The predominant scent though is hardly used in the perfume industry.

Mentha Piperita, more commonly known as Peppermint, owes the descriptive “piperita” to its specific strong peppery aroma that sets it apart from other members of the mint family. Mint species cross easily, creating many hybrids. Peppermint is one of those hybrid mint plants, a cross between water mint and spearmint. How extensive the Mentha family really is remains unclear, nor is it possible to ascertain where the plant originally came from. Mint is grown in many parts of the world today for its refreshing aroma and taste, as well as for the menthol which is extracted by freezing.

Peppermint is a herbaceous rhizomatous perennial plant. The fleshy rhizomes are wide-spreading and bear fibrous roots. Peppermints’ dark green leaves, with acute apex and coarsely toothed margins have reddish veins. Leaves and stems are usually slightly fuzzy. The flowers are small, coloured lilac/violet and produced in whorls around the stem, forming thick, blunt spikes. Peppermint is a fast-growing plant – once it sprouts, it spreads very quickly – and typically occurs in moist habitats, including stream sides and drainage ditches. Being a hybrid, peppermint is sterile, producing no seeds and reproducing only vegetatively, spreading by its runners.

Peppermint oil is an essential oil extracted from the stems and dried leaves of the peppermint plant. The extracted oil consists of 35-60% of the substance levomenthol (menthol) and is processed in numerous ways. Peppermint oil is stimulating and revitalizing with cooling, relieving and analgesic properties. The refreshing, penetrating menthol aroma of peppermint oil makes it perfectly suitable for aromatherapy.

Peppermint oil has a wide range of action! It is bactericidal (including Staphylococcus aureus), virucidal, mildly fungicidal, parasiticidal (scabies), anti-inflammatory (especially intestines, urinary tract and respiratory tract),cooling, antispasmodic, pain-numbing (including headache, migraine), anti-itching, antiemetic (against nausea), skin repairing, stimulating and clarifying. Peppermint is an expectorant and antispasmodic for respiratory diseases such as for colds, flu and (dry) coughs. In Russia, peppermint oil is associated with the fight against tuberculosis: evaporation prevents recurrence and aggravation of the disease. Researchers call peppermint inhalation a good addition to the treatment. Peppermint tea and peppermint oil are an old remedy for nausea and vomiting during pregnancy, after surgery, during chemotherapy or for motion sickness.

Menthol activates the cold-sensitive receptors in the skin and mucosal tissues, which is the primary source of the cooling sensation that follows the topical application of peppermint oil.

Skin care – This essential oil is suitable for oily skin, it cools, relieves itching (hives and eczema) and soothes. Peppermint oil used on the skin has anti-inflammatory and healing effects on infected wounds and acne. Peppermint also fights the herpes simplex virus that causes cold sores. Apply a drop of oil directly to the incipient herpes infection.
Peppermint oil is often used in cosmetic products, although research about its potential benefits for hair and skin is limited. A small study found that the topical application of peppermint oil in chronic itching led to improvement of severity and duration of the itch.

Antimicrobial – Peppermint oil has mild antimicrobial properties. Various studies were performed to determine its effectiveness against different types of bacteria and fungi, with mixed results. One study found that incubating peppermint oil with several strains of Staphylococcus aureus (some being antibiotic resistant) inhibited the production of an important bacterial toxin, this effect increased with rising doses of peppermint oil. Peppermint oil showed no antimicrobial activity against a species of Streptococcus in another study.

Relieves pain – Due to the cooling effect of peppermint oil, it also provides pain relief. This double effect is especially beneficial for (tension) headaches, it works even faster than normal over-the-counter products. By applying peppermint to the temples and forehead, the cold sensors in the skin are activated. This has an analgesic side effect that can also help with migraines and associated symptoms such as nausea and photosensitivity. Even nerve pain caused by shingles (postherpetic neuralgia) can also be treated with pure peppermint oil.

The fresh and slightly pungent scent of peppermint has a stimulating effect on the brain. Peppermint oil revitalizes, energizes and has a strong uplifting effect. It increases concentration by sending energy to the head and brain.

An invigorating bath – beneficial for respiratory infections, nerve pains, headaches, itching and a poorly functioning liver and pancreas. For children under 6 years old, the cooling effect in a bath can be too strong.

Aroma evaporator – peppermint oil brings a fresh and pure fragrance to the room. The oil mixes well with other essential oils such as lemon, eucalyptus, lavender, orange and tea tree oils. Peppermint has a stimulating effect, increases alertness, has an uplifting effect, promotes motivation and dispels mental fatigue, by improving concentration. This makes peppermint a good oil for study and work. Peppermint oil has a fresh and air-purifying effect.

Safe Use of Peppermint Oil

Peppermint essential oil is a very concentrated oil and should therefore always be properly diluted before topical use. Just a few drops are needed in an ounce of carrier oil, such as almond, jojoba or argan oil. It is recommended to test on a small patch of skin first and wait 24 hours to identify any skin reactions such as a rash or irritation. Baths and massages with sensitive skin are discouraged.

Like other essential oils, peppermint oil is not meant to be taken orally.